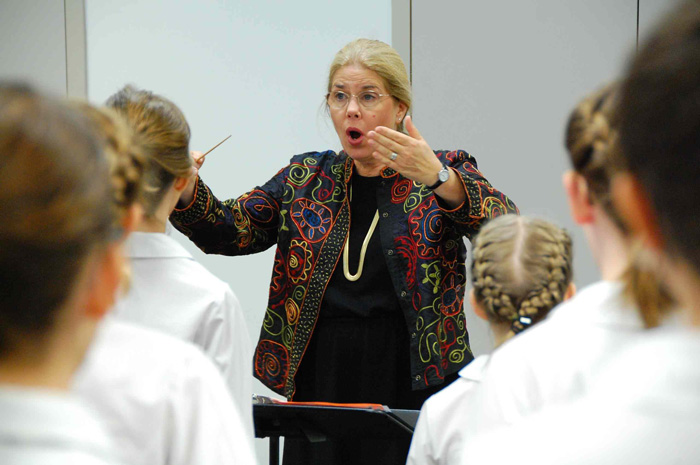 The Ames Children’s Choirs (ACC) was founded in 1995, by Dr. Sylvia Munsen, the former Artistic Director. The choirs were under her direction for 16 years until June 2011. ACC program includes boys and girls ages 7-18 from central Iowa communities singing in four choirs: Singers, Concert Choir, Chorale and the Preparatory Choir. ACC focuses on the development of self-esteem through artistic experience. The ACC program is also utilized as part of teacher training for choral music education students at Iowa State University.

ACC is a notable and well respected children’s choral establishment. Its accomplishments are detailed in ACC concerts/events.

Currently,  ACC programs are under the directions of  Dr. Christina Svec.

Locally, regionally and nationally, the notable performances by ACC Concert Choir include:

In 1996, ACC established the Midwest Children’s Choir Festival (MCCF), and since then has sponsored the biennial festival. The festival was created to provide the opportunity for selected young singers from nationally and internationally recognized choirs for joint performances and for learning exchange in Ames Iowa. MCCF is hosted by the Concert Choir in ACC.

In 2008 ACC created the Celebrate Singing Choral Festival (CSCF). It is a biennial choral event that provides the opportunity for local school and community choirs to perform with each other. CSCF is hosted by the Chorale in ACC.

All choirs in the ACC program have collaborated with many arts organizations in central Iowa including: Ames Chamber Artists, Ames Children’s Theater, Central Iowa Symphony and the ISU Opera Theater