The Ames Children’s Choirs (ACC) program created the Midwest Children’s Choir Festival (MCCF) in 1996 to provide the opportunity for young singers in Iowa to hear and perform with nationally and internationally acclaimed choirs and performers. The first two festivals featured international choirs and included children’s choirs from Central Iowa in addition to the ACC Concert Choir performing separately and as singers in a mass choir. Since 2000, the festival has been held at Stephens Auditorium on the ISU campus and has included select Iowa singers in addition to featured Midwest choirs and the ACC Concert Choir to form a mass choir of 400 singers (primarily in 5th-7th Grades). MCCF 2000-2005 featured baritones Simon Estes and Timothy Kuhn as soloists. Since 2007 MCCF has featured living composers and the premiere of new works. 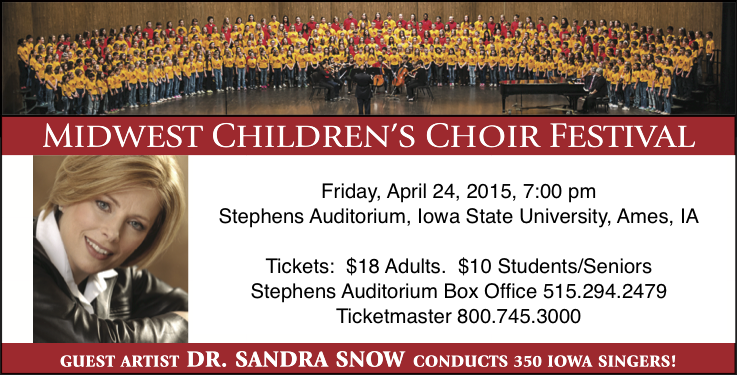